In our new "XLOG" video series we will be giving you a deeper look behind the scenes of X4: Foundations and EGOSOFT. In this series, we will introduce you to various features of our titles in more detail, let the respective experts from our team have their say, and try to answer some of your questions. We look forward to your feedback, which we hope to use to help guide the future direction of the video series.

In our first XLOG episode, EGOSOFT founder and managing director Bernd Lehahn talks about the current development of X4: Foundations, the recent start of the 3.0 public beta as well as the upcoming expansion X4: Split Vendetta.

What to cover in future... the new feature roadmap in the coming releases.

I'd love to hear/see more about the inner workings of the game, how did you guys approach implementing the universe-wide simulation, maybe some particular challenges that you had to face (and how)...
Top

I am saying this only.
Egosoft, these past years you have far surpassed your old self for the better.
These videos are the proof.

Keep it up plesae.

I want really to know what coming after 3.0 and split dlc. What will bring 3.5 and maybe even 4.0 to the tables
[MOD] Variety and Rebalance Overhaul (VRO) for X4
[MOD] Reactive Factions
Top

i'd love to hear your thoughts on altering existing ships in significant ways. Like, if you decide the game would be better by shrinking the number of ship docks on a ship, is it worth the potential hassle for some existing player?

One of the downsides of DLC-based content expansions is that you don't have a clean slate to alter existing content, like you did between say X3:R and X3:TC.
Irrational factors are clearly at work.
Top

I would like to see a video about the games engine tbh. I think it's a real achievement for a small studio to make their own engine that can run a universe and at the same time render things at a really crisp resolution and quality (the engine isnt given enough credit, a video could highlight it). The scalability is really impressive too from a performance perspective (pre 3.0), pre 3.0 a massive battle with dozens of capitals and fighters would not really drop fps (up until a point, of course).
As a side note, I would also love to see if you have ever experimented with other things in your engine, such as FPS combat (I havent forgotten the falling over NPC in the teaser videos

), and i'de like to see what your engine could do if used for something else. Like for example, have you ever tried rendering a forest in it and running around, or something similar?
My Gallery - X3 ship mods and stuff
Top

I would like to hear about the inhouse brainstorming sessions you guys did while you were considering how to implement the Boron race.

One thing I'm curious to see is whether there are plans to have the AI try to expand to keep pace with player growth, since the player's faction can sometimes too easily become overwhelmingly powerful - though I guess some people enjoy getting to that stage, too. Can the game support that sort of thing without breaking down? How's that balanced?

I'd also like to hear about ongoing plans for ship balancing - there are some clear best choices for ships (at least with regard to mechanics, if not aesthetics).
Top

It would be more prudent to release videos on how the game menus work, in particular the Station overview. It sort of makes sense, but is not clear as to what is what regarding the numbers, the allocation of storage, the price/percentage of what ? What do the numbers represent?

Knowing the games brain storming sessions can wait, lets get good help out to those who need it first, as to how the game interfaces work.

Yes some of you have worked it out, but there are a lot who have not and abandon the game.

Give us good clear videos on the game functionality first,. Then you can procrastinate over what ifs later.
Top

Nice, it is always very interesting to hear and see what happens behind the curtains.
Top

My biggest question about X4 3.0 is how Bernd went from X-Rebirth era serious Bernd 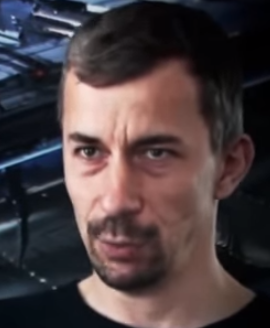 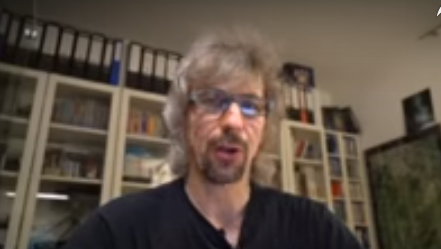 Rode my bicycle across the USA in 2014. Here's the travel blog with lots of words & pictures.
Top

That was Bernd Rebirth, the evil clone of Bernd "X3" Lehahn.

its a great idea to make a video series, it will reach far more people and it will show how much effort you re putting into the game.
will we see the ships flying getting more physics based? like feel the weight more on the inertias? because they seem to feel just a bit on the 90s arcade gamestyle still.
when can we see expanded interiors? for sure we don t need an insane amount of rooms with every bolt, but teleporting into the cockpits on mid sized ships makes them feel like simple assets instead of real ships. for example, allowing us to actually physically enter turrets, would exponentially increase the gaming experience. doing tasks (entering turrets or others things) as crew members, would really increase the feeling of the ships as actual real things.
can we have an improvement at some point on the visuals of the ships being built in the hangar, like npcs assembling some pieces and welding things, or maybe a robot arm? its great to see our ships being built, but for now, they seem to be being downloaded bit by bit from thin air, not necessarly something overcomplex, just a bit more natural, maybe disguise things with fireworks from welding.
a small number of people co op would fit perfectly into the game, even if we have to all be in the same sector at the same time