Stardust is the fusion of several of my previous abandoned projects, such as Afterlight and Mayhem 3. The idea is to overhaul the game within a credible randomly generated universe, where the AI actually plays like you, using the same scripts. Its focus is on ergonomics: less commands, less micromanagement, easier economy, all-in-one ships (based on ship models that you and the AI design), and many other things. Stardust also removes the jumpdrive. The galaxies it generates have a lot of connections, and I think it's impossible to have proper invasions and warfare when ships can teleport.

I want Stardust to be a slow, atmospheric mod. Even though it was developed as a sequel for Mayhem at some point, it's no longer the case. It's just too different.

What is a proof of concept?

A weird idea of showing unfinished work. Why? Because this is an ambitious project and it's going to take some time before I finish it. But the galaxy generation part being done, I felt that it was time to get this thing out of the shadows.

What features are implemented? 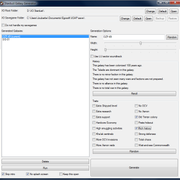 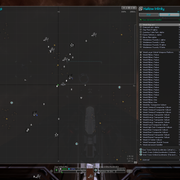 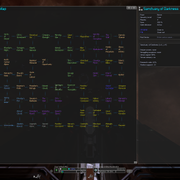 Clearly, you won't do a lot in this POC. You can generate galaxies, and play with the new economy, but that's about it. There are civilian ships, military patrols, and real agents working together to make the economy works. It's not finished, but it's important to note that they're all synchronized. There are many things under the hood that are made from scratch, so that I can make sure I have full control over everyone (there's no job ships anymore) and that performance can be improved. That also means that I can extend the gameplay (eg. it's possible to destroy everyone, and really annihilate a faction without freezing the game).

How can I try this?

You need a fresh copy of X3 (not your Steam copy, nor any other copies you made for another mod) with Litcube's Universe installed. Then download Stardust POC and put all files into your new X3 root folder.

Now launch the game through "Stardust Galaxy Generator" and pick a new gamestart.
Even though this software makes a backup of your savegames, I would recommend to do a manual backup.
Mayhem - EasyConnect - Satellites Monitoring - ADS (Joubarbian Edition) - The Joubarbian Toolkit
Top

If you need any content testing just PM me, always happy to help where ever I can, this looks to be an awesome mod!
Top

I thought this was another post about removing the specs of dust whizzing by. This sounds exactly like the kind of mod I want to play.

Sounds intriguing good to see ambitious and epic mods like this being worked on.

How are you going to handle the music score as for me that brings alot of atmosphere to the game.? as i havent dared to try you proof of concept as of yet maybe there is music.
Top

How is the mod coming? while I Don't know coding, if you need anyone to test feel free to ask.
Top