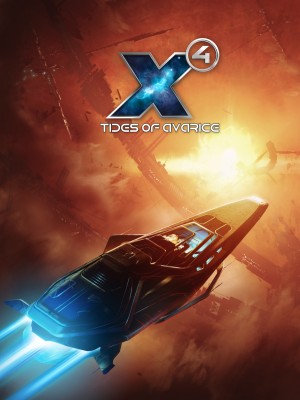 Meet new factions and experience their stories
Encountering and interacting with previously unknown, lawless pirate and scavenger factions, will challenge your perception of social order and justice in the X universe. In new sectors and dangerous regions, you will not only discover new ships and stations, but also encounter stellar phenomena that will significantly influence your plans and actions. What is it all about, and who are the mysterious manipulators that have learned to master a rare and vital resource? Your journey will lead you towards the answers. Set out and discover a new chapter of X4: Foundations. 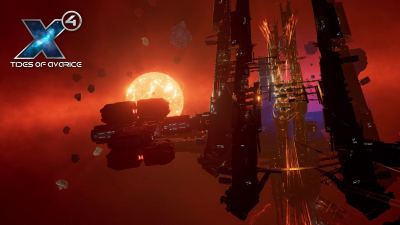 Let new ships terrify and enchant you at the same time
Roam through the Windfall and Avarice systems, and discover numerous new ships from the pirate and scavenger factions of X4: Tides of Avarice. Among other new ships, you can look forward to the following highlights: Salvage shipwrecks to recycle resources
Have you ever come across a shipwreck and wished you could use it in a profitable way? In the Avarice system, the Riptide Rakers, a loosely organised group of scavengers and traders, have developed the means to salvage wrecks and use them in production. Either tow the wreck with one of the new tug ships, or dismantle the wreck right where you found it using a new deconstruction ship. Once you've reached a station equipped with a recycling module, watch your scrap metal turn into building resources. 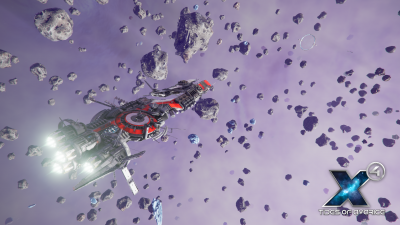 X4: Foundations 5.00 Update
X4: Tides of Avarice is released at the same time as the extensive, free 5.00 update for X4: Foundations, which expands and improves the base game in several ways. The 5.00 update introduces a series of new capital ships. These ships have been re-imagined, and a new fleet of improved models will now be on sale in various shipyards. Several factions in the game will gradually start using these new and improved ships. The 5.00 update will also bring AMD FidelityFX™ Super Resolution (FSR) to X4: Foundations, using a collection of cutting-edge upscaling technologies to boost performance.

Further details about X4: Tides of Avarice, as well as the 5.00 update for X4: Foundations, will be released over the next few months as we get closer to the release date. X4: Tides of Avarice is now listed on Steam and GOG and can be added to players' wish-lists. 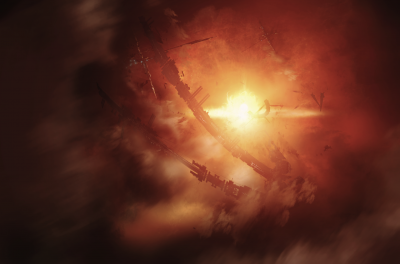 Join us for the premiere of the Reveal Teaser for the next expansion of X4: Foundations on Thursday, November 25 2021, around 6.30pm CET, at https://www.youtube.com/GameStarDE and https://www.twitch.tv/monstersandexplosions. Following the premiere of the Reveal Teaser, Egosoft founder Bernd Lehahn will be talking to Gamestar / MonstersAndExplosions about the upcoming third expansion for X4: Foundations (in German).

What?
- Reveal Teaser for the next X4 expansion
- Talk with Bernd Lehahn (German)
All our channels in one convenient list

The reveal teaser will also be available on our YouTube channel, shortly after the premiere on the GameStar livestream (minutes, not hours).
All our channels in one convenient list

Will we also get a release date ?

Yay!
"In the beginning the Universe was created. This has made a lot of people very angry and has been widely regarded as a bad move." - D.N.A
Top

My X4 Mods >> Argon Cyclops | Teladi Kea | And more...
Gallery of my X ships and fanart eg, Boron Megalodon
PS: We want the Boron! Please dont complicate it. Their ships don't need to be full of water and they could float around like baby yoda

There will be at least one person dissapointed tomorrow

There will be at least one person dissapointed tomorrow

My X4 Mods >> Argon Cyclops | Teladi Kea | And more...
Gallery of my X ships and fanart eg, Boron Megalodon
PS: We want the Boron! Please dont complicate it. Their ships don't need to be full of water and they could float around like baby yoda

Having witnessed the previous dlc releases, my expectations are pretty low. I still have hope that one day we get a major dlc/patch release that doesn’t completely screw up things and new content we actually can complete on day 1.
My release date prediction: March 22.
Top

You being a frequent user of this forum makes me believe this was a joke but in case you have missed it:

Ahh, something more to give thanks for on Turkey Day**!

(**Thanksgiving Day in the USA.

)
Have a great idea for the current or a future game? You can post it in the [L3+] Ideas forum.
Top

I did see it, it means Boron pirates obviously.
My X4 Mods >> Argon Cyclops | Teladi Kea | And more...
Gallery of my X ships and fanart eg, Boron Megalodon
PS: We want the Boron! Please dont complicate it. Their ships don't need to be full of water and they could float around like baby yoda

I did see it, it means Boron pirates obviously.


Am I missing anything more?

Edit:
- lets not forget the weponization of teleportation technology, turning it to WMD that wipe out everything in radius of 20-30 km.

Nice, looking forward to it

I have played 700 hours since COH released and had no problem at all, I even use FOCW too add tons of ships in the universe and had no issues at all, I say bring it on !
Top

Damn you Egosoft, you'll make me pre-order that DLC once it become visible on Steam.
Top

Cautious optimism here. The game's still not in a great state given how old it is and that it builds upon Rebirth. It's still far too janky with a half-baked UI.
Top