X4: Split Vendetta is the next chapter in the X4: Foundations story. This is the first big expansion for X4, greatly increasing the size of the universe and introducing two new Split family clans along with their economy, new ships, weapons and station modules.

Along with the Update 3.0 to X4: Foundations, the X4: Split Vendetta expansion brings exciting new missions and adventures to the game. New gamestarts allow an even more varied experience in the biggest sandbox this side of the galaxy.

TRADE with the Split families or FIGHT against them. BUILD your own station designs based on the new modules and THINK carefully on your path through the new diplomatic missions. 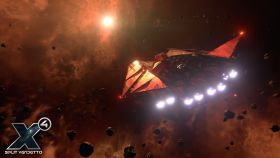 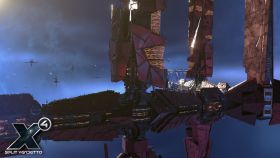 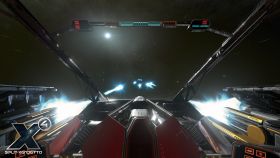 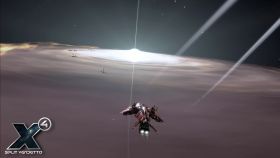 Watch the trailer for "X4: Split Vendetta" here.
I am NOT the Pirate_Slayer - I irregularly stream X4 on Twitch
Top

"greatly increasing the size of the universe"

Ship designs look great! They will add some much needed variation. Significantly bigger universe? Fantastic! Extended story? Yes please, And if I'm not mistaken improved effect for weapons and explosions. Very nice! All in all, judging by this little trailer, great work Ego!
Top

isn't that long, seeing as it's already August.
Top

There will be beta test for this?
Top

isn't that long, seeing as it's already August.

Depends if it is beginning of October or mid December close to X-Mas.

Ususally it is as close a possible to the end.
Top

Correct. The Update 3.0 is free to anyone who owns X4: Foundations. For the DLC you have to pay, unless you already bought the Collector's Edition or the Collector's Edition Content DLC. In that case, the DLC is the first of the two mentioned expansions which are included. I'm afraid, I have no idea what the DLC will cost though.
Die komplette X-Roman-Reihe jetzt als Kindle E-Books! (Farnhams Legende, Nopileos, X3: Yoshiko, X3: Hüter der Tore, X3: Wächter der Erde)

saw the trailer ,looks amazing .
i wonder if total domination is a thing now ? got over 400 hours into the game already but was kinda done with it and waiting for well i geuss this update and hope you now can kill all enemies ? or does the Khaak faction stil have 1base that spawms ships and the base cannot be destroyed ? and can the xenon stil spawm new bases within 5mins with no builder after killing one of there bases ? ( not shure if am the only one but total domination is my end game and hope its gona be part of it like with the x3 or maybe i shut wait for mods to fix that in ? )

another qeustion on a side note i know the game wil get a tag for modding it so at this moment ive not modded x4 yet cause i didnt wana screw up the online loot bonusses but i saw that star wars mod is coming over to x4 and thats just well sooner or later i wil use it , qeustion is once ive played that one trew and want to go back to normal x4 wil the tag be removed after i reinstall the game clean or wil the online mode be disabled for ever after 1time modding ?