i'd like to introduce my Tradestation Network Mod.
This improves the Tradeship-Captain- and Manager-Options for trading and allows to share wares of the Warehouses across galaxy.

That means, you have more control what your ships will trade on all of your stations, especially usefull for universal-cargo ships. 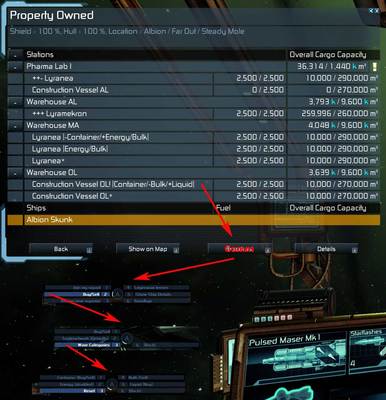 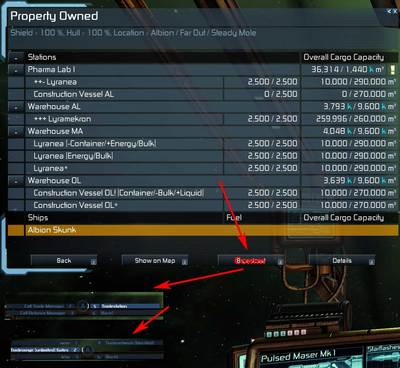 At Tradestations (actual only Warehouse) this Mod is created under XR 4.0.0 (Beta) but should run with lower Version too, only Warehouse won't trade before 4.0.0, but the ship-cargo-features on stations will work


Modding:
to add own station macros to the Tradestationnetwork add an MD like

I cant find it from description. Does this require new DLC or it is your own version of Warehouse and works without DLC?
Top

How effeciant is this mod at distributing a ware like...E-Cells to other player owned stations? Apparently my Energy carries do not want to give energy to my stations any more. So can this be used to force better reliability in distributing wares?
Top

the tradescript is the vanilla one, the only difference would be to decide what ware-type each ship should sell/buy (especially at Universal-Cargo)
and that you can produce (or only buy) ware in one cluster and over the tradestations it can distributed to other clusters with demand
Top

- also add the ability to override the station range for each ship indivial, this can help to force "galaxy-network traders" to buy at the network instead of local dealers when you set them the range to zone
Top

What do ya think about Marvin (I think is not possible)

Its possible to make an hybrid station production-warehouse?

because of Egosoft give you production overlay or tradeware overlay

you could in case of a production station with additional tradeware (like mod-shipyards) add an own link to the tradeware menu but this isn't a good idea for an mod, where people press every button and "manage" everything like a boss what is not expected to get managed - so it isn't foolproof enough to do this in my opinion
Top

"Modding: to add own station macros to the Tradestationnetwork add an MD like"


If I understand correctly, the code below this phrase is for a modded custom warehouse to be recognized by the game as a warehouse?

the game recognize all stations without production as warehouse, this entry is only required to add the station macro into tradestation network
Top

So are the production modules that "blocks" or tells to the game that there are production stations no warehouses...

new update
at station assigned ships is now a option to change the ship job, so it may possible to let a mining vessel trade in case there is no mining required
or simple parking (small-ships will try do dock at the station)
but this feature isn't tested much, so be carefull
and at switch to "mining" the ship cargo except of fuel will be removed (at first try to store the stuff at the station, but if not possible, simply deleted)
Top