I'm building for a while now on my megaplex PHQ. I wanted an all in one with a bit of style. If you try to place every part on its own, then you will go crazy. So I build 1/3 as mainly two separate parts.

But i made a miscalculation and with all the needed modules included it would have become bigger then 2500 parts, which takes forever to build. So i decided to throw out all terran production modules and all basic resource production modules. Now there is no need for big fluid and solid storage and the overall size got smaller. Then I compressed the outer shell by decreasing the distance between pears by one part (you need to connect the pear first to a module and then you can connect the sequence to the existing pear without being disallowed to). 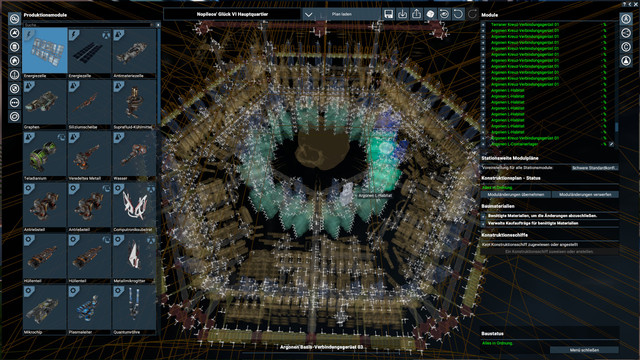 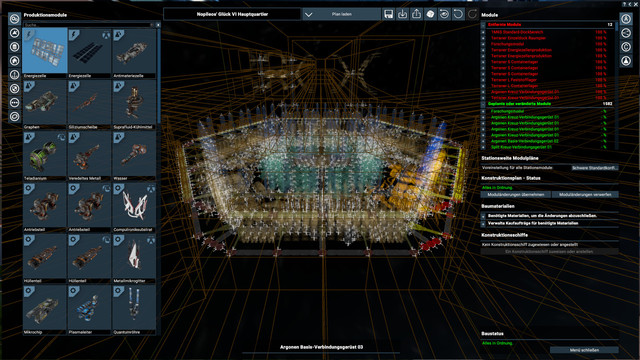 Calculation for: 0,5 Raptor/hr + 2 Behemoth/hr + 8 Cerberus/hr + 60 Eclipse/hr (used alexalsp's tool for getting the values easiely viewtopic.php?f=181&t=421949)
Note: If you want the same amount for terran ships, then you need nearly the same amount of raw resources and at least 10-12 of each production module ... mhh or double it

Still plenty of room for more modules. Maybe putting a line of defence bridges over the ship production modules ...

and make a picture. The planning was made in a cheat savegame to get access to all modules.

- is 1/3 with double the energycell production and by tripling it some modules need to be removed/one added in the last stage.

This one has Turrets and shields on the production modules what was not intended by me
- if you don't want to use the 12 terran cross connectors on the inner circle, then replace them in the xml "struct_ter_cross_01_macro" with the paranid one (need to have a look which macro is the big one and not the triangle one).
Edit: Removed all terran shields and replaced them with intended argon ones (search and replace with the macro of your favourite ones, same for turrets) 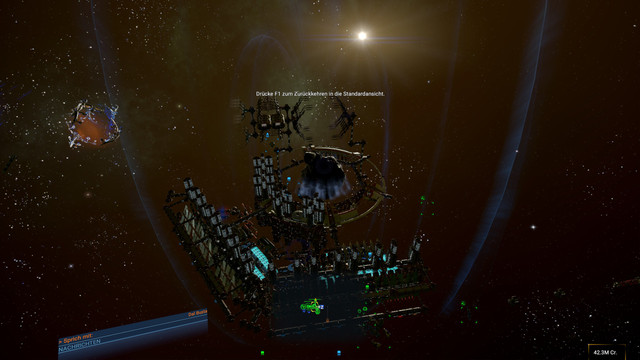 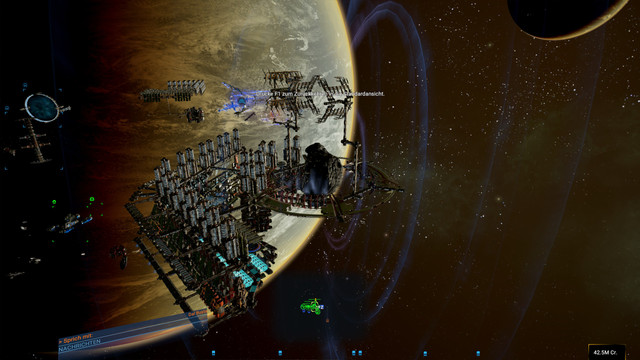 Building is enhanced with build time reduction mod. A hull part production complex and a claytronic complex were set up before to provide a constant stream of needed stuff.

At the moment weapon components are low, but I will see how it behaves thee long run. 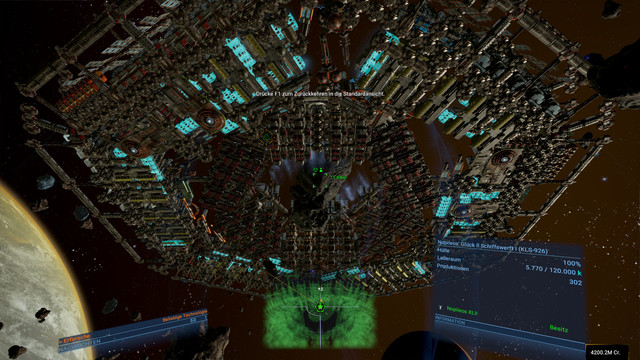 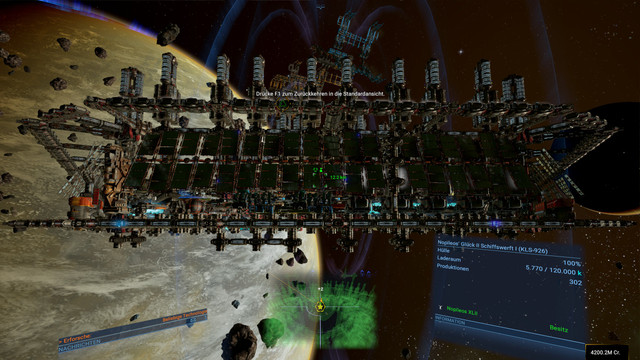 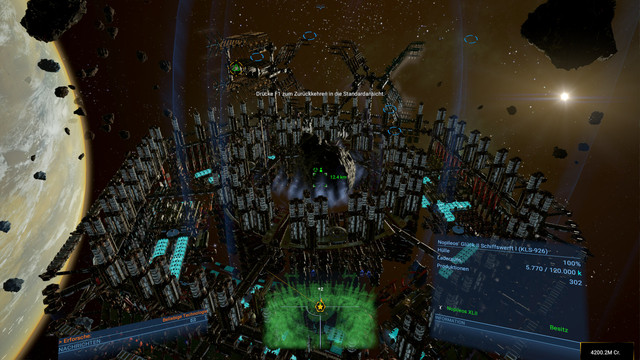 And at last a short overview how it performs. I filled it up completely with cheats and let it run in seta for about 20 minutes while building also own ships. I should add a couple more weapon component modules to make it even ... maybe and throw the water and way too much solid storage also out. 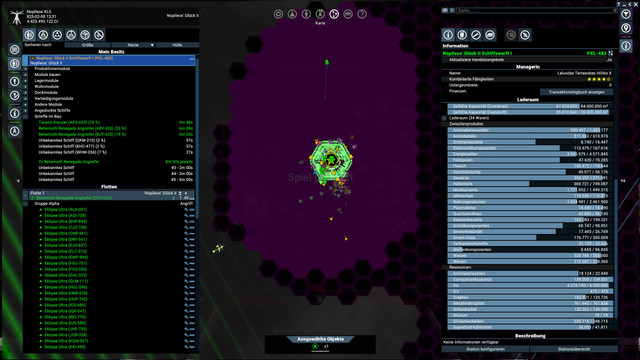