This forum provides information on obtaining access to Public Beta versions of X4: Foundations allowing people running those versions to provide feedback on their experiences.

Summary:
Since Beta 5, the map UI crashes after a while playing. When opening the map, not a single UI element is rendered on the screen.

Further information:
- Both times this happened to me, I was spectating another ship while opening the map. (coincidence?)
- Restarting the game, fixed the issue

@Dev Can I in any way help pinpoint the bug further? I feel like this is not enough information.

A save is usually asked too and a screenshot would help too i bet.

Thanks for your input. I am playing on GeforceNow, so no Vulkan-thingy

This seems highly savegame independent to me and happens randomly after an hour gametime or so. And I can't make a screenshot of something that is not there

I was rather trying to say, maybe there is some log or something (in-game) that shows UI problems. Or maybe I can do [something] when this happens that would further pinpoint the problem down.

I feel that I can elaborate into that.
Under same conditions, that is with some playing time and using external camera (the game is beautiful and I like to stare around while flying

), I've got misbehavior of map UI.
I am playing on linux maybe because of this I have no crash. But the UI became unusable: I can not use context menus on ships (It says I don't own the ship), right panel with info does not correspond to selected ship. Also there's no top toolbars (research, map and such) and left toolbar (the one with missions, property).
Once I will be able to reproduce this I will attach screenshot. I tried to figure out repro steps but failed so far.
Reload of saved game does help to fix the issue.
Top

It has happened to me also a couple of times, I can not pinpoint the cause of it, reload a save fix it for me.
Map doesn't open... it like it opens but don't show it, if I click the M again it try to open but nothing happens.
Top

Never used GeforceNow. If you can add this parameter

when you start the game, it will write a file into the folder containing your saves folder. Include this file here once the error occured.
Top

Managed to get the same error with map.

On the screenshots is what the game displays after pressing map shortcut. There's no map at all, only property list.
I can't provide 100% reliable steps to reproduce though.
According to first screenshot, I was in ship's external fee camera (press F2 twice), I wanted to have a look at xenon who was shooting my current ship while it is on the way to auxiliary ship for repairs
It was couple of hours game session with several quick saves in between.
The map is unusable if this happens.
Unable to reproduce after reloading saved game.
Last edited by CBJ on Sat, 31. Jul 21, 11:16, edited 1 time in total.
Reason: Oversized images replaced with links
Top

when you start the game, it will write a file into the folder containing your saves folder. Include this file here once the error occured.

I copied the last three messages from the ingame log. Is that okay? 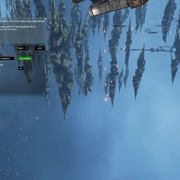 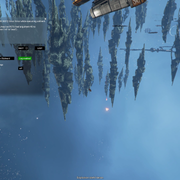 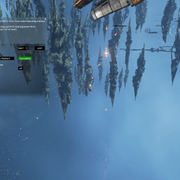 It does not seem the logfile is being synced with Steam Cloud. So I am unable to download the file to my PC. The message before that is about some fighter not being able to find a landing pad on my carrier 5 minutes before those entries happened. I figured this is unimportant to you.

Here I have uploaded my Log and Info files when it happened multiple times for me. Every time before I hit the quick load in Log file the
problem occured. In other words every time the error happened I saved and hit quick load.

PC-Specs: PasteBin
My Mod: BaerTec God Mode
For questions why I use a mod, I am seriously ill.

Further information:
- Both times this happened to me, I was spectating another ship while opening the map. (coincidence?)
- Restarting the game, fixed the issue

@Dev Can I in any way help pinpoint the bug further? I feel like this is not enough information.

Yesterday i'm running in the same problem. Today it works all fine.

- select a ship on the map
- use the F3 external camera - all hud elemtes are disappear.
- try to go back to the 3rd person view - F1 is not working hit 2x ESC and and retry F1 and it will works
- try to open the map and it will crash all UI elements and the map do not open

Workaround to recover the map (yesterday)

New observation:
For me it mostly happens when I press P for pause and immediately open the map.
This quite often happened for me when I try to enter/board a ship. (Here I often use Pause and Map)

And here from Log-File:
Spoiler
Show

PC-Specs: PasteBin
My Mod: BaerTec God Mode
For questions why I use a mod, I am seriously ill.

It has been working a few days without problem... today it is happening every ten times or so that I open the map, the UI disappear, I have observed that hitting Escape one or two time brings most of the UI back, everything but the map. Easiest way to get back to normal is F5, F9.
Top

Thank you all. You are all encountering the same issue that was reported here: viewtopic.php?f=192&t=441054

So fixed in an upcoming build.
Last edited by Ketraar on Mon, 2. Aug 21, 12:13, edited 1 time in total.
Reason: locked to avoid dup posting, please continue in the above linked topic if needed
Top
Locked
13 posts • Page 1 of 1