Egosoft is pleased to announce the release of X3: Albion Prelude 3.0 - Shady Business! The fight of the Corporations for power, prosperity and technologies continues.

A Split "bridle" is missing and StrongArms, Jonferco and the Beryll are trying everything to find her. They seem to be putting in a bit too much effort just to save a Split wedding. What other interests they have in finding the Split bridle? You'll find out in the 'Shady Business' plot. Another place another story. Some corporations rise; others fall. A few owners of struggling corporations are clever enough to ask for help. Who knows? Maybe one of them will also try to contact you. Find out in the 'Corporation Troubles' plot. Turned-off gate connections drastically change the universe, as we know. While some factions fight for control of the remaining territories, others pursue more peaceful objectives. Help those discovering new places to settle in the 'Breaking Grounds' plot.

But this is not everything Update 3.0 has to offer by a long way. Four new generic missions have found their way into the game. Amongst those are the 'Tour of a Lifetime' and 'Repair Station' missions that some of you might know from earlier X games. In the hope of continued support in the ongoing war, the Terran government has finally decided to offer previously unavailable weapon and support factories for sale. Driven by a similar logic, the Argon federation has put its newest supply ship into mass production. While not directly involved in the war, the Split Patriarch has revealed his long-kept secret flagship to counter the armament efforts of the other races.

Also new in this Update is the added support for Gamepad controllers. Finally those of you who want to play X3: Albion Prelude with a Gamepad will be able to do so.

It's not only new things that have been added, though; some old bugs have also finally bitten the dust. These include a problem with super-shipyards preventing M6 ships from undocking without collisions, the destruction of captured ships by the war manager, as well as several problems with generic missions. As usual, the complete changelog can be found in the documents folder of your X3: Terran Conflict addon directory.

X3: Albion Prelude 3.0 is available now for download over Steam. The Steam client will automatically update your game to the latest version, provided it has not been configured to prevent this. We have also updated the NoSteam EXE to version 3.0 - to use this you will need to update via Steam first.

We would like to thank the volunteer developers of the AP Community Project for developing large parts of this update. We would also like to thank our army of community members, testers and translators for their contribution in bringing this update to life.

Yes!
I have been following this for a while.
I hope it can tide me over until XR.
BTW What are the mission start requirements?

FTI
You can be cool, or you can be nasty, but as soon as you are one, you are not the other.
FTI
Top

Thanks for new patch, time to start up a game again, will help pass the time till either rebirth is released(whenever) or till october for rome2

Avast ye chumsucking scumbuckets. Landlubbers be keelhauled, pillage them poodles and bring missery and mutiny to the mercifull
Top

Free Trade Inn wrote:BTW What are the mission start requirements

Bear in mind the FAQ has yet to be updated.

'Corporate Troubles' requires either the Argon or Terran war plots to be completed, player ownership of the Hub, and the player needs to have a UFJD in their inventory. Player Trade Rank 15 (Petty Financier)

'Shady Business' requires almost the same, but instead of high trade rank, max rank with the Split. That plot starts 1-2 hours after those conditions are met.

I have the hub and the UFJD but I am not sure about the war plots.
Are you referring to war sector missions? I didnt bother with them early on in the game as I wanted to do the other missions and build up my empire and fleet. In fact I turned off the call to pilots to aid the Argon (argon start I think).
Do I now need to turn this back on?
How do I accept the missions? I had a bit experiment with this before I turned it off and I was unclear as to what I was supposed to do...I killed all reds in the sector and nothing happened. What was I supposed to do?

FTI[/quote]
You can be cool, or you can be nasty, but as soon as you are one, you are not the other.
FTI
Top

No he means Plots, OLE if you started as Terran or Albion Plot for non-terran start.

My start was Argon peace keeper, will all of the new plots be available to me?

FTI
You can be cool, or you can be nasty, but as soon as you are one, you are not the other.
FTI
Top

They solved the only problem of Albion Prelude-lack of plots.
Iam sure that this update at least doubled or tripled the gameplay time.
Steam profile
Top

And just in time for the national week off. 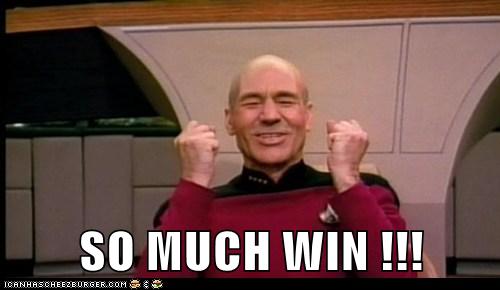 Edit: Thank you Egosoft and community

Sure glad I didn't purchase a new computer this release.
Top

this looks interesting. but this tells me we wont have any 2013 release of X rebirth an i think we be lucky enough to even have any proper news of it by the end of this year
Top

Awesome work!
Anyone know if mobile mining scripts have been fixed so that ships don't lose the command to mobile mine once cargo becomes full?
Top