NPC PHQ is a 'creamy LitRPG' GameLit Novelette set in X4 Foundations, and a prequel story to my The Hunter Legacy series.

Now available for Kindle Pre-Order, and will be available in Kindle Unlimited when it releases on March 1. 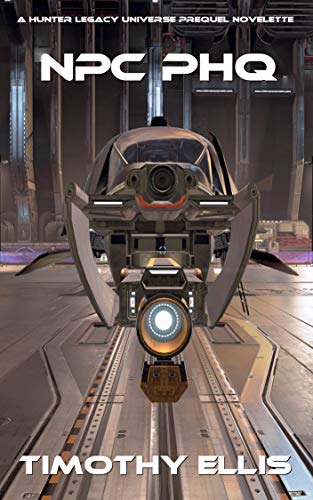 Gil Motoli is an unemployed crewman, down on his luck.
He knows his sole purpose in the game is to be a random crewman choice by the player, or even more randomly become crew to an NPC ship, either of which might get him killed quickly.
It’s been a long time between assignments, and he’s more desperate than he’s ever been.
So when lady luck presents him with the perfect opportunity, he takes it.
He hasn’t seen this plot before, and this time is his time.
Now he’s his own boss, and can forge his own future.
But there’s a problem.
The game isn’t doing what it’s supposed to be doing anymore.
And someone wants what he stole back.
The question is, who is the more dangerous?
The NPC trying to make a life for himself?
Or the player who’s plot he’s just wrecked?
Apricot Mapping Services HQ
CLICK HERE for X3 Handbook; TC and AP Guides, Mods, Scripts & Downloads

Re: X4 GameLit: NPC PHQ A prequel novelette to the Hunter Legacy series

Apricotslice,
I have to say that I find it oddly comforting to know that you are still lurking in these forums.
Rock on, mate. I shall be watching with interest.