i've made a patch that replaces some of the storage modules on stations with better ones. However, i need to destroy the old containers and transfer their contents. After some trial and error, i managed to get the amount and ware value into separate lists. However, i'm running into an issue with "add_cargo" when i try to add the wares back into the new containers.

my patch works but it doesn't transfer the full amount of wares from the previous storage container. Using debug_text, i can confirm that the values in the list are correct at that it's the "add_cargo" (function? object? method?) that's not working correctly. 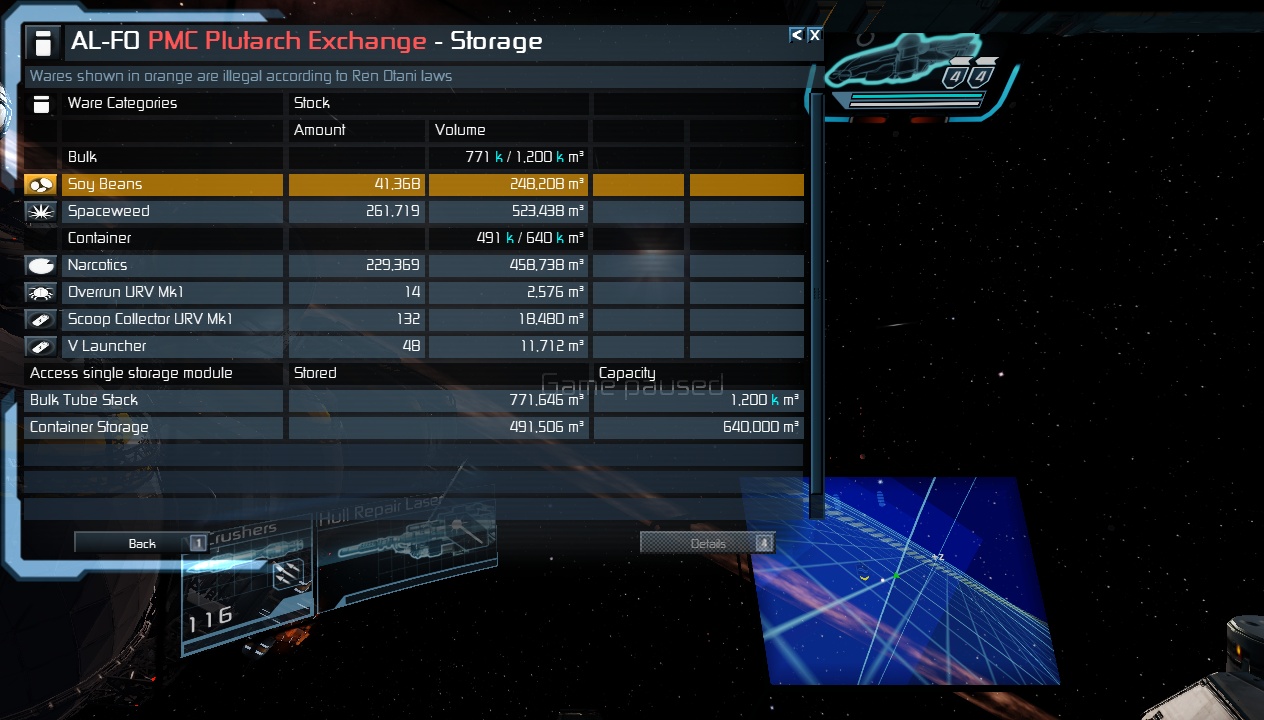 After (as you can see, some of my more...discretely acquired goods are now missing): 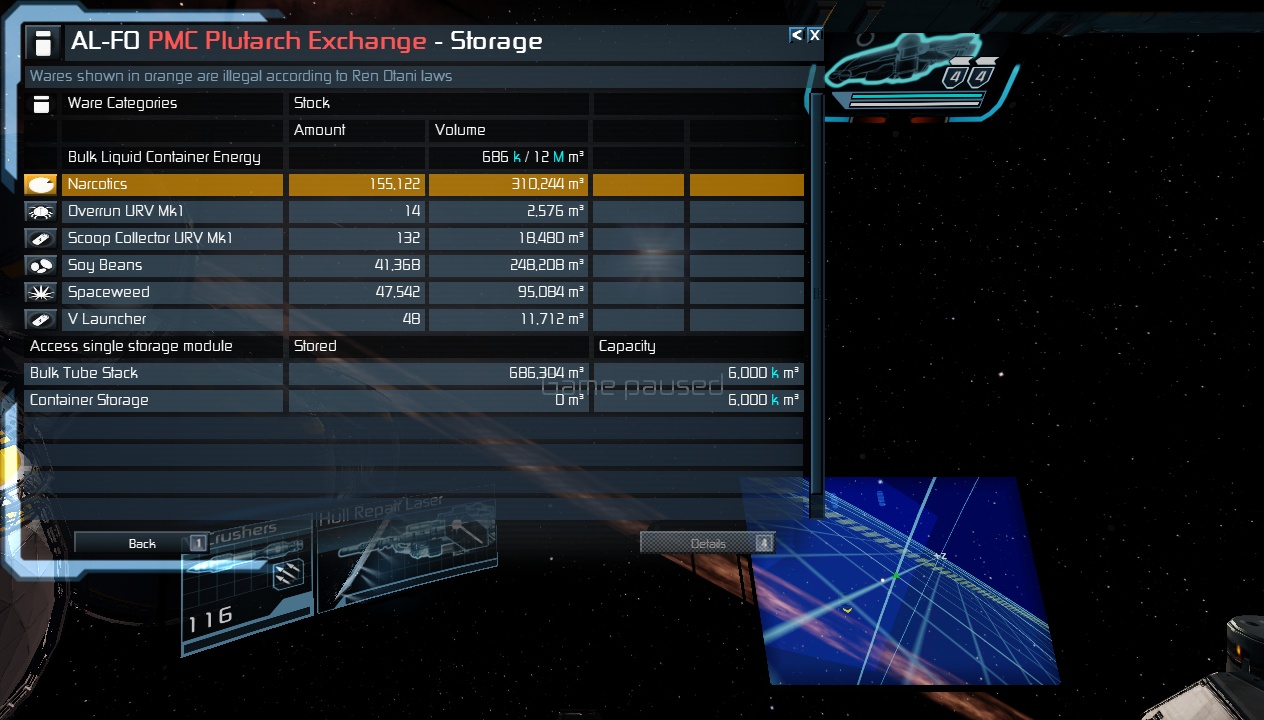 For now i'll try emptying my "warehouse" of Spaceweed and Narcotics, and pray that the other wares won't also be affected after i changed the possible wares. However, i'm afraid that the imperfect transfer will affect NPC stations (stations being patched are Plutarch Exchange and Warehouses, and only the liquid and energy storage for warehouses, so Teracorp might lose some resources from the patch).
Top
Post Reply
1 post • Page 1 of 1